The Real Estate Industry in 2018 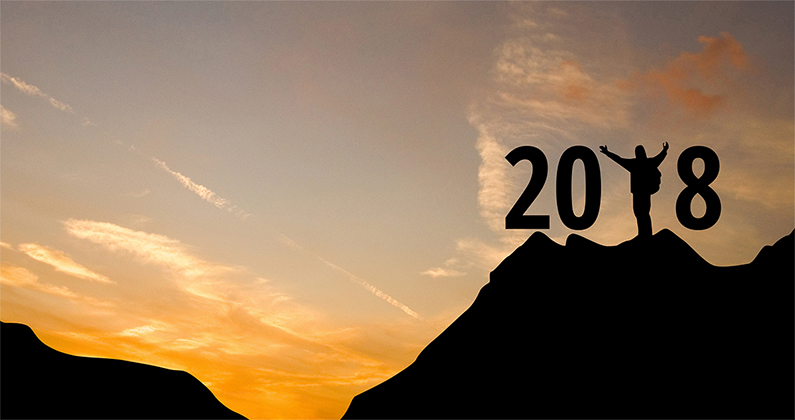 The beginning of a new year is an exciting time.

New Year’s Resolutions (hopefully) haven’t yet been broken, holiday cheer isn’t over for those with family gatherings still ahead and optimism reigns supreme.

That especially seems true for those in the real estate industry in 2018, according to Inman News’ most recent special report, “2018 Industry Outlook.” More than 650 real estate professionals participated in Inman’s December survey, with more than 71 percent stating they were optimistic about the economy heading into 2018 – a 1 percent increase from the previous year.

Said one New Hampshire broker who anticipates great personal success this year: “The banks may successfully lobby to have Congress enact sweeping changes to the CFPB [Consumer Financial Protection Bureau]. People are working and spending. I interpret this as a sign of the business pendulum beginning to swing in the direction of irrational exuberance.”

Some worries, however, are the rising global fears, including the current conflict with North Korea, as well as how President Donald J. Trump’s actions will impact the economy.

“Fasten your seat belts and take your Dramamine,” said a Texas agent. “It’s going to be an interesting ride.”

Nearly half of respondents believed unit sales could increase in 2018, with 73 percent anticipating home prices to appreciate. Meanwhile, 38 percent believe inventory will increase or remain the same.

“The only other thing we really need is for the banks to turn loose some money for new construction and spec homes,” replied one agent.

The majority of respondents were positive about their own outlook for 2018, with 52 percent citing “extreme optimism” and 34 percent reporting being “somewhat optimistic” about their personal business. Sixty-five percent plan to expand their business this year – down six points from 2017 – but less than 2 percent reported plans to contract.

In the same vein, 38 percent expect agents to be more productive in 2018; 26 percent expected less production, while 36 percent were unsure. The positive outlook percentage was down from 2017, in large part because many feel new agents will struggle.

“Demand is strong but housing inventory is low,” one said. “The stronger agents will continue to flourish, but the less-profiled agents will still struggle to attain listings and secure buyers as buyer loyalty is waning, and buyers will often go to the listing agent to make the offer.”

That thought coincides with 57 percent of respondents who said word-of-mouth referrals would be the biggest source of leads in 2018, although that number is down from 62 percent in 2017.

With other sources like portals such as Zillow and realtor.com, as well as social media, one real estate professional responded, “All of the above. Real estate today has to be approached in so many ways.”

Are you looking for products and services that will help make the upcoming year a success? Contact us to learn more about how ShowingTime can help advance your business this year.