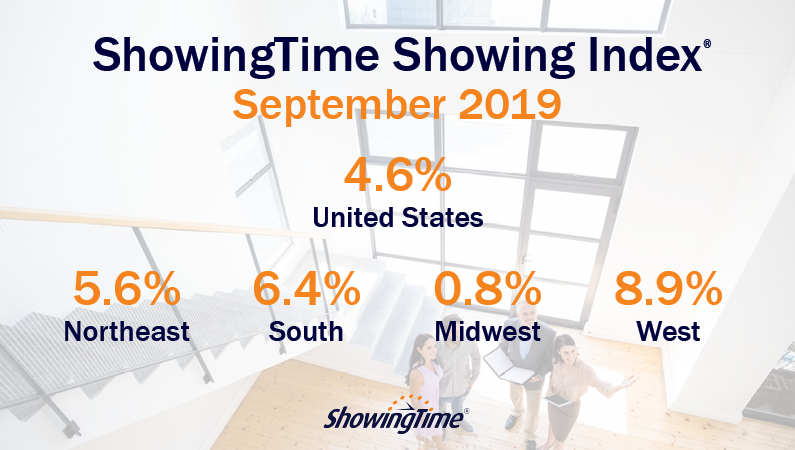 October 22, 2019 – Home showing activity was up again nationwide in September with a 4.6 percent rise in traffic, as the traditionally slow fall season began with a marked boost in buyer interest, according to the latest ShowingTime Showing Index report.

“September’s activity continued where August’s left off as the beginning of the fall season has gotten off to a slightly busier start compared to last year,” said ShowingTime Chief Analytics Officer Daniil Cherkasskiy. “Although the year-over-year boost for September seems high in the South Region, this can be largely attributed to tropical storm Florence’s presence in the area in September of last year. The Northeast and West regions continue to show higher levels of activity compared to last year, even in the face of the expected seasonal slowdown.” 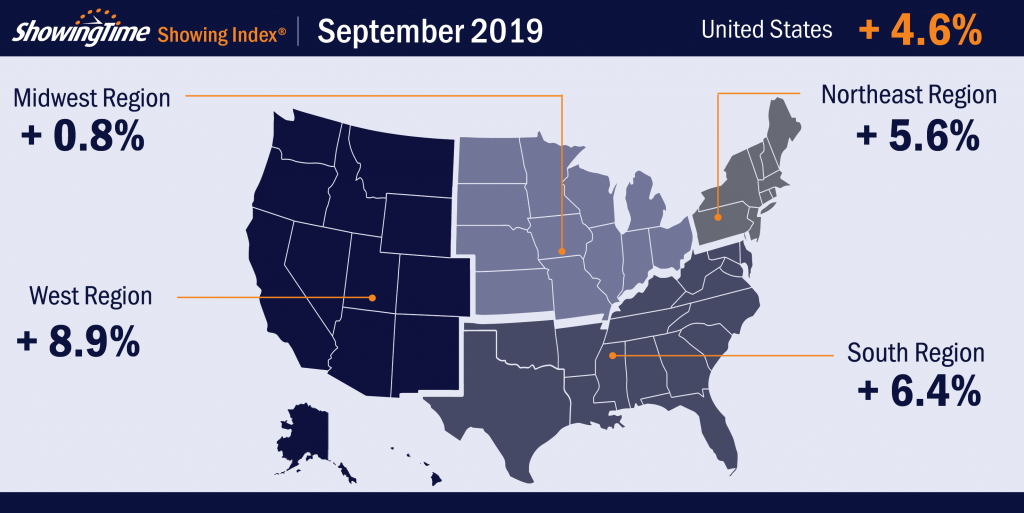