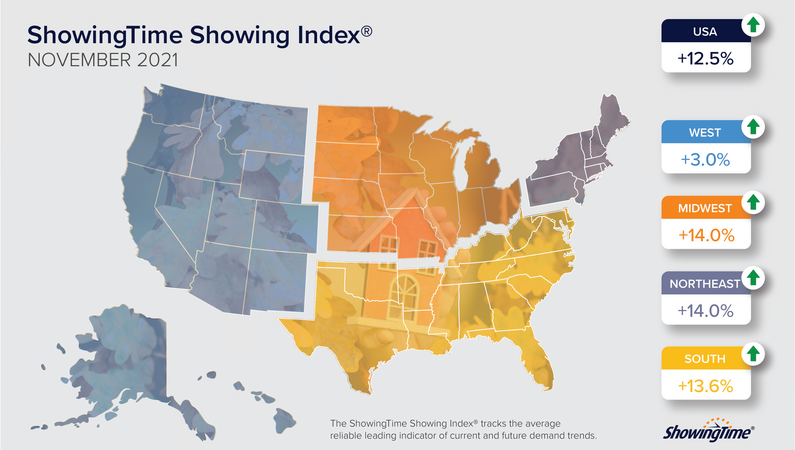 Dec. 21, 2021 – Home buyers continued aggressively shopping for homes throughout most of the U.S. in November, driving year-over-year gains in home showings in all regions according to the latest data from the ShowingTime Showing Index®.

“Showings traditionally lag during the holiday season, but the data we’re seeing tells us that buyer demand remains strong,” said ShowingTime Vice President & General Manager Michael Lane. “The fact that every region showed a year-over-year increase indicates that buyers are undeterred by the approaching holidays. It speaks to their desire to keep searching for their next home.”

Both the Midwest and Northeast regions saw 14 percent increases in year-over-year showing activity, with the South’s 13.6 percent growth close behind. The West saw a more modest 3 percent boost in activity, with the U.S. overall seeing an increase of 12.5 percent in November. Of the cities on the list with double-digit showings, only Manchester, N.H. recorded a year-over-year decline in buyer activity.