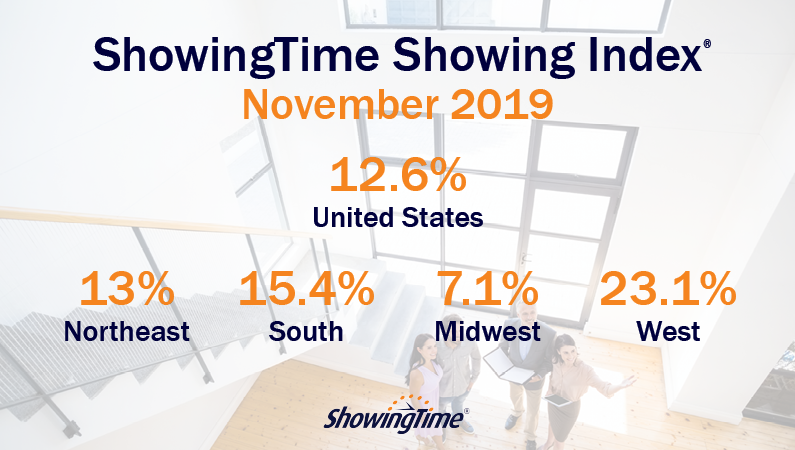 The nation’s 12.6 percent growth in home showings compared to activity in 2018 was the most significant jump in buyer traffic during the current four-month streak of year-over-year increases. The West Region saw the greatest growth in activity in November, with a 23.1 percent jump – the region’s greatest in the history of the Showing Index. The South had the second greatest boost, with a 15.4 percent increase, followed by the Northeast close behind, which notched a 13 percent uptick. Rounding out the month of gains, the Midwest saw a 7.1 percent in home buyer activity. 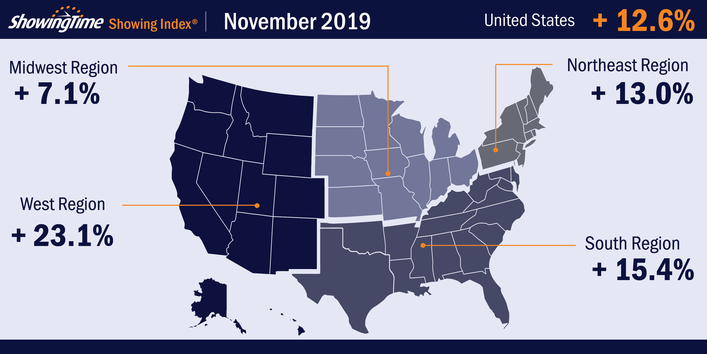 “Although market slowdown is typical around the holidays, November 2019 was one of the busiest Novembers on record,” said ShowingTime Chief Analytics Officer Daniil Cherkasskiy. “While different markets saw varying levels of activity, several saw a substantial increase, as a greater number of buyers continued their search for a home than we typically see during the season. In addition, the lateness of Thanksgiving this year compared to last year’s early holiday pushed the year over year number of showings even higher in November.”