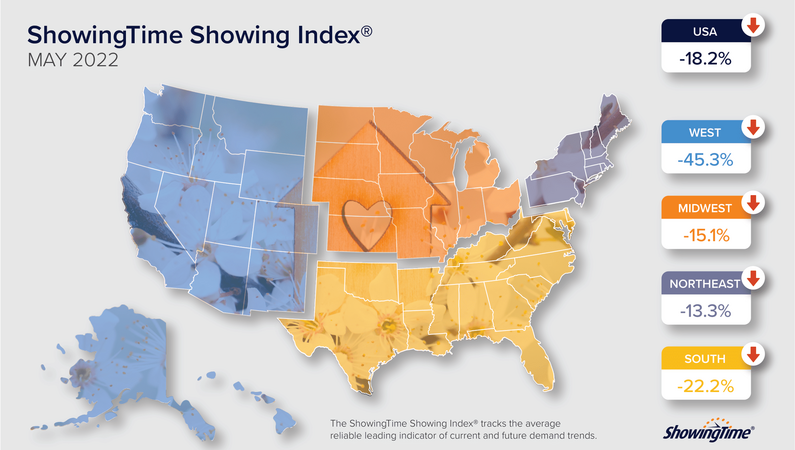 June 30, 2022 – May home showing traffic slowed again year-over-year throughout the U.S., with just 35 markets recording double-digit showings per listing, and the latest data shows a sea change in which markets are the most popular.

The smallest drop was in the Northeast, according to the ShowingTime Showing Index®, where its 13.3% decline was relatively modest compared to the other regions: the Midwest was down 15.1% year over year, the South was off 22.2% while the West’s 45.3% decline in buyer activity was the most significant. Overall, the U.S. recorded an 18.2% downturn in activity in May.

Notably, the perennial leaders in buyer activity over most of the past year – Denver and Seattle – both fell out of the top 25 busiest markets, with each averaging around 10 showings per listing, breaking a streak that began in early 2021. The slowdown continued a trend that began this spring, ending what had been a months-long streak of year-over-year growth in buyer activity across the U.S.

“Showing activity continues to be at levels lower than we’re used to seeing at this time of year, pointing to a market in transition,” said ShowingTime Vice President and General Manager Michael Lane. “Following the surge in mortgage rates, it’s reasonable to expect that showing activity will continue to ease, especially when compared to last year’s historic numbers.” 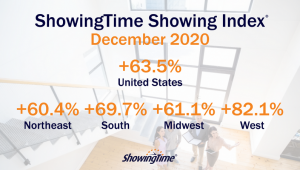