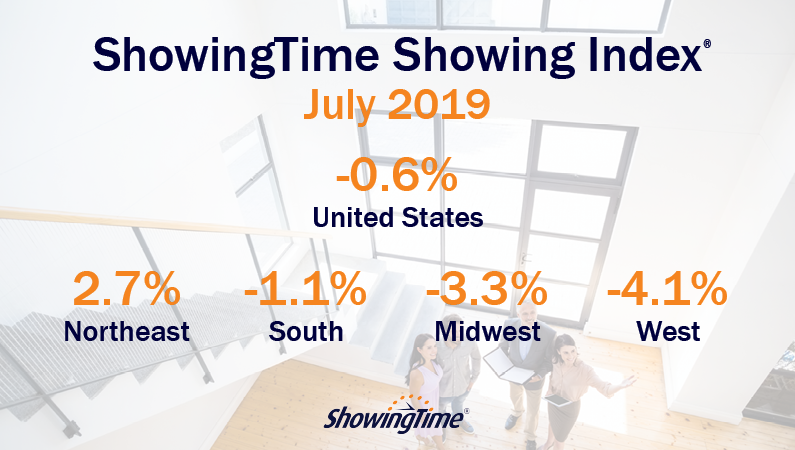 August 21, 2019 – The Northeast recorded its third consecutive month of heightened home buyer activity in July compared to the same time last year, while the U.S. as a whole reported its smallest decline in year-over-year showing activity in the past 12 months, according to the latest ShowingTime Showing Index® report.

The 2.7 percent year-over-year increase in showing activity in the Northeast represents the largest such increase in the region since April 2018. Year-over-year declines in showing activity continued in the other regions but at lower rates, with the West Region’s 4.1 percent year-over-year decline its lowest since March 2018. The South’s 1.1 percent decline was its lowest since September 2018, while the Midwest was down 3.3 percent compared to the same time last year.

“Buyer traffic has a lot of seasonal variation, so we need to compare last year’s numbers to understand the trend,” said ShowingTime Chief Analytics Officer Daniil Cherkasskiy. “While spring buyer traffic per listing was down sharply compared to 2018, from April onward we’ve seen a steady rebound. In July, national traffic was already roughly in line with last year’s numbers, and if the current trend continues, listings on average could see more showings this fall than what we saw in the fall of 2018.” 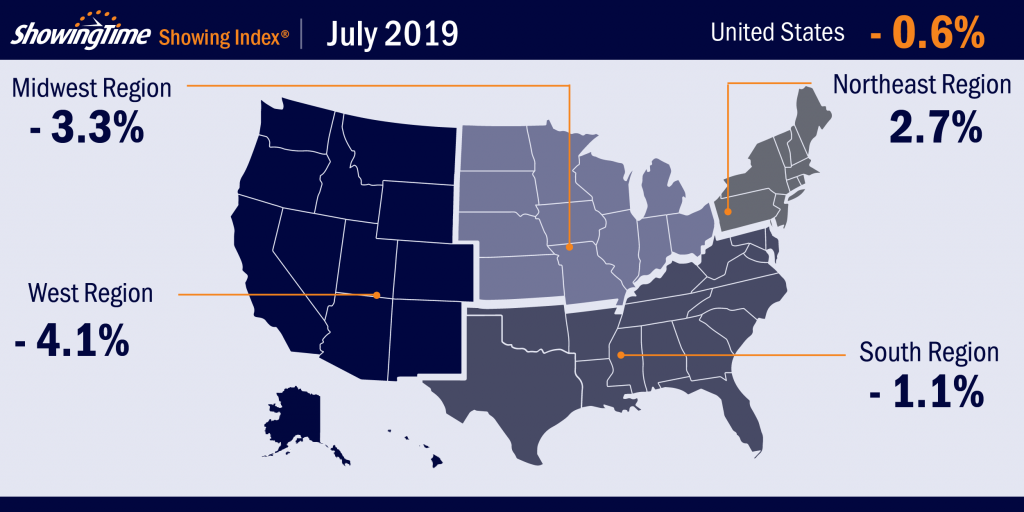