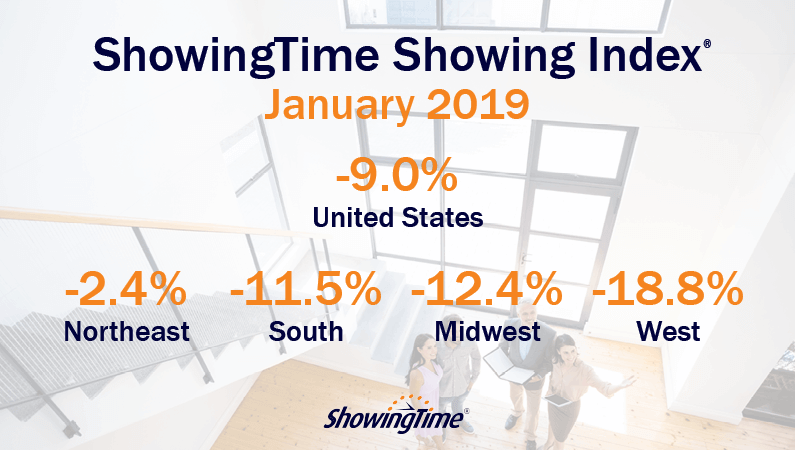 Feb. 21, 2019 – If January is any indication, home sellers are bracing themselves for a tenuous start to 2019, as the first month of the year saw a nine percent drop across the U.S. in year-over-year residential showing activity, according to data from the ShowingTime Showing Index®.

“Showing traffic continues to subside from last year’s impressive heights,” said ShowingTime Chief Analytics Officer Daniil Cherkasskiy. “In January, we did not see an influx of home shoppers to reverse year-over-year declines in showings, which suggests that we may see slower traffic this spring compared to last year.”

Released during the third week every month, the Showing Index tracks the average number of appointments received on active listings during the month. Local MLS indices are also available for select markets and are distributed to MLS and association leadership.