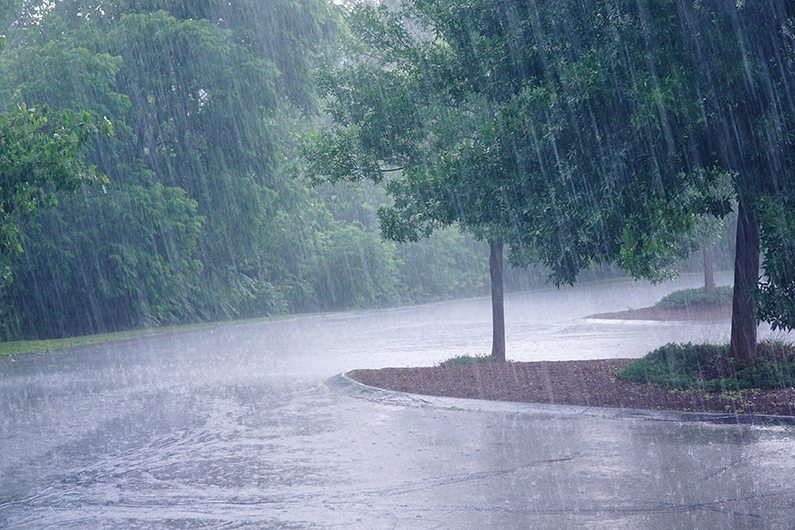 As Hurricane Florence hit the Carolina coasts on Thursday with winds up to 80 mph – and knowing the deadly storm surges, historic rainfall and floods in the days to come – a person’s first inclination is to send thoughts and prayers to family and friends.

But as the hurricane and storms fade, lost loved ones are remembered and towns and cities begin to rebuild, those within the region will attempt to regain a sense of normalcy.

Outside of natural disasters, agents, brokers and other real estate professionals are well versed in how weather affects the real estate industry. They see it every fall once children return to school, the holidays arrive, and the industry experiences its regular seasonal slowdown.

Although this fall’s low inventory and high listing prices have caused some real estate professionals to wonder if declining showing traffic is something more than the regular seasonal slowdown, there’s a sense of hope and optimism that’s, indeed, all it is.

For those real estate professionals in hurricane-affected areas, there are also two recent examples of what to expect in the coming months.

In August 2017, Hurricane Harvey hit Houston and Eastern Texas, as well as parts of Louisiana. A few weeks later, Hurricane Irma hit Florida and parts of the South Carolina coast.

Many homes were badly damaged or lost as people began to rebuild their lives.

The August 2017 ShowingTime Showing Index®, which measures the average number of appointments received on an active listing during a month, reported a 4.5 percent year-over-year increase in showing activity, as Harvey didn’t hit until Aug. 17 and Irma Aug. 30.

ShowingTime Chief Analytics Officer Daniil Cherkasskiy said at the time: “We anticipate seeing a bigger impact from Hurricane Irma on the South Region in next month’s Showing Index.”

The September 2018 Index revealed just that, with a 0.5 percent year-over-year increase.

“Hurricane Irma had a significant impact on showing activity in coastal areas from Florida to South Carolina, with some markets seeing a 10- to 30-percent decrease compared to last September,” said Cherkasskiy, explaining the small increase by noting that other areas in the South experienced substantial year-over-year increases.

Surprisingly, buyer interest didn’t wane for long, as the October 2017 Index showed an 11.2 percent year-over-year increase – even with the hurricane damage and the regular seasonal slowdown.

“Despite the time of year and the concerns raised after last month’s demand decreased by 10 to 30 percent in some southern markets following Hurricane Irma, buyers in the South Region have quickly returned to the market as buyer interest has rebounded to pre-hurricane levels,” Cherkasskiy said.

This example, of course, doesn’t mean the Carolinas will quickly rebound after Florence. There are too many variables and the full scope of damage won’t be known for weeks or months. But, as with everything, the real estate industry will be affected by the weather – maybe more (or less) than expected.

Are you a real estate agent looking for tools that will help you save time? Learn how the ShowingTime Appointment Center helps free up your time to focus on other tasks to grow your business.